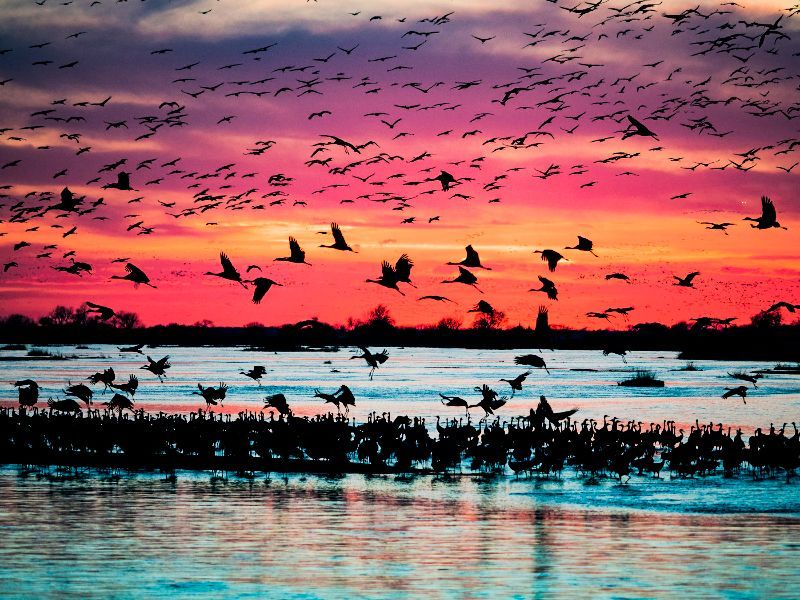 Why are the cranes still here in January? 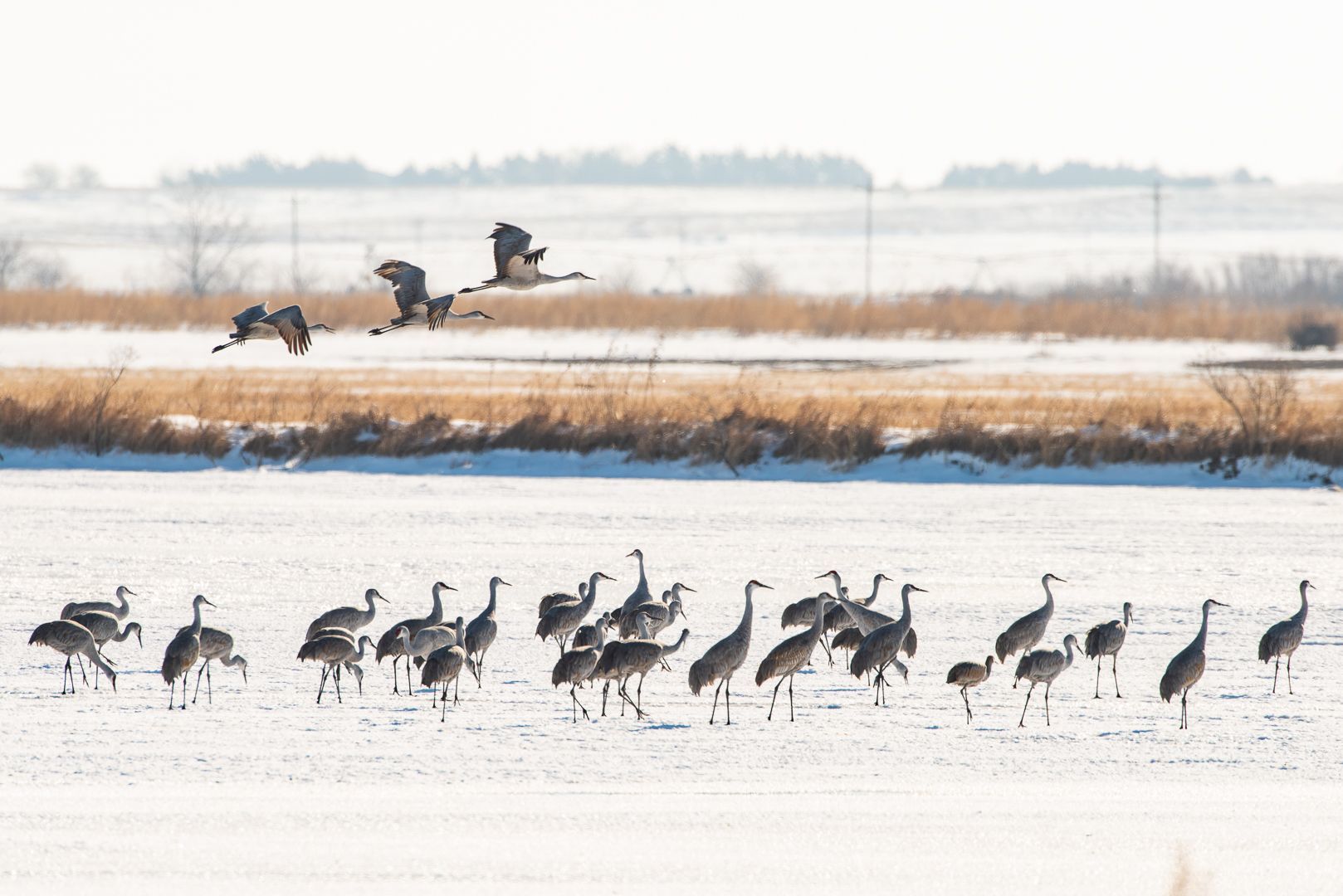 Many of you have witnessed the amazing spring migration that takes place in Central Nebraska when over a million Sandhill Cranes use this area as a stopover or staging area to rest and refuel before continuing their journey north to their breeding grounds. Some of you may have even been lucky enough to see Sandhill Cranes during their fall migration on their way south for the winter. This year, however, you may have noticed that the Sandhill Cranes are still here – in January!

Although it is unusual for the Sandhill Cranes to still be here, this is not the first time this has happened. In the winter of 2011, researchers, conservation professionals, and local birdwatchers began noticing larger numbers of Sandhill Cranes lingering on the Platte River well past their typical departure date. Crane Trust staff, Dr. Mary Harner and Dr. Greg Wright, along with UNK professor Dr. Keith Geluso wrote the first published article that noted these overwintering Sandhill Cranes in Nebraska. They studied historical observations coupled with their own research in the winters of 2011-2012, 2012-2013, and 2013-2014. Although cranes did not overwinter in Nebraska in 2013-2014, thousands stayed in 2011-2012 and 2012-2013. The winters the cranes stayed were noted with mild conditions in Nebraska combined with severe to exceptional droughts in the southern United States, which may have been the reason for the cranes staying longer.

Since this first study, the Crane Trust science team has published additional articles supporting this phenomena and have added more evidence to explain why this is occurring and whether the overwintering crane numbers will steadily increase in the future. One such article noted that climate change, land use changes (i.e. increase in agriculture), and habitat loss have all likely contributed to the increasing Sandhill Crane numbers in Nebraska during the winter.

This winter, the Crane Trust science team has noted up to 8,000 cranes which will add more data for the team to analyze.